18) Rather Be (The Magician remix) 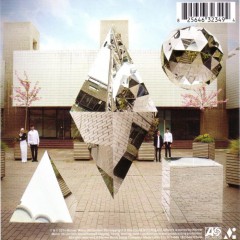 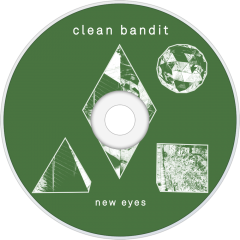 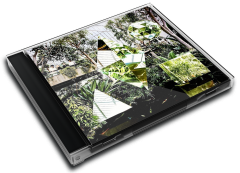 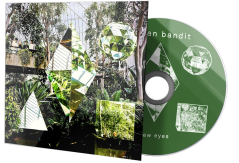 New Eyes is the debut studio album by English electronic music group Clean Bandit, released on 30 May 2014 by Atlantic Records, after suffering from several setbacks. The album includes the singles "A+E", "Mozart's House", "Dust Clears", "Rather Be", "Extraordinary" and "Come Over". New Eyes was produced entirely by group members Jack Patterson and Grace Chatto. The album peaked at number 3 on the UK Albums Chart and was certified gold by the British Phonographic Industry for shipments of 100,000 copies.

The album was named after Noailles, a neighbourhood of Marseille in France where band members Jack Patterson and Grace Chatto regularly visit on holiday.

The album's lead single, "A+E", was released on 7 December 2012 and features vocals from Kandaka Moore and Nikki Cislyn. It was their first appearance on the UK Singles Chart, peaking at number 100. "Mozart's House" was re-released on 29 March 2013 as the album's second single. The track includes part of the String Quartet No. 21 by Wolfgang Amadeus Mozart. The third single, "Dust Clears" was released on 19 July 2013, featuring vocals from Noonie Bao.

A seventh single, titled "Real Love", was released on 16 November 2014 as part of the upcoming special edition re-release of New Eyes. It is a joint single with Jess Glynne.

User Album Review
Upon release, New Eyes received mixed reviews from music critics. According to Metacritic, the album received an average score of 59/100 based on 11 reviews.[11] Lewis Corner for Digital Spy gave the album 4 out of 5 stars and praised the album, commenting that Clean Bandit have "delivered a shimmering debut that follows the cardinal rules of pop: great melodies, simple messages and plenty of hooks".[14] The Guardian writer Alexis Petridis gave them album 2 out of 5 stars commented "They think they can save dance music but have no hooks, songs or lyrics – just dodgy string arrangements". He also noted that the album might have worked better as an instrumental album, partly due to its "uniformly awful" lyrics and that the group could be "capable of making a far more interesting album".[15]

Joe Zadeh for Clash magazine gave the album a 3 out of 10 and described the classical elements of the album as "independently pleasing" but also commented that its "magpie production makes for a mess of a debut album...".[13] Kate Mossoman of The Observer gave the album 3 out of 5 stars and noted that "New Eyes is proof that you can get away with pretty much anything as long as you're clever about it. Even in its more ordinary moments, it's still a classical gas."[19] Nick Levine of Time Out London gave the album 4 out of 5 stars and described it as "classy" sounding and also "warm, inviting and frequently very catchy".[20]