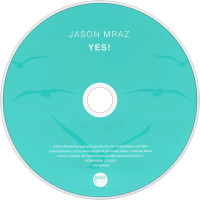 The album is a collaboration between Jason Mraz and the members of indie-rock-folk band Raining Jane: Mai Bloomfield, Becky Gebhardt, Chaska Potter and Mona Tavakoli, with whom Mraz has been working since 2007, and who are his backing band on the record, as well as co-writers of majority of the songs.

The album debuted at number two on the Billboard 200 chart, with first-week sales of 102,000 copies in the United States.

In Canada, the album debuted at number two on the Canadian Albums Chart with 12,000 copies, falling behind Rise Against's The Black Market.