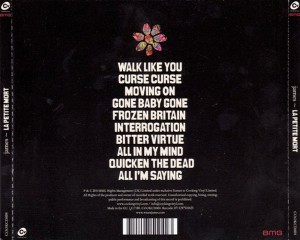 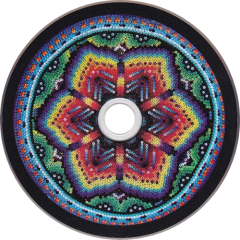 La Petite Mort is the 13th studio album by British rock band James. Throughout 2012 and 2013, the band worked on a follow-up to the 2010 mini-albums The Night Before and The Morning After. After contacting producer Max Dingel, they began recording at RAK Studios in London. Preceding the album, "Moving On" was released as a single in April 2014, with La Petite Mort appearing in June through BMG and Cooking Vinyl. Coinciding with this, the band played various festivals across Europe, though some were cancelled due to Booth losing his voice. "All I'm Saying" was released as a single in November, as the band was on a UK tour.
The tracks on La Petite Mort were influenced by the deaths of frontman Tim Booth's mother and his best friend Gabrielle Roth. It included more pianos and keyboards, drawing comparison to Elbow and Coldplay, with some of the guitar parts were compared to Muse. The album reached number 11 in the UK and number 22 in Portugal. It received a mainly favourable response from music critics, with comments on the production and its upbeat sound. The music videos for "Moving On" and "All I'm Saying" were nominated for various awards, with the latter winning one for Best Picture.