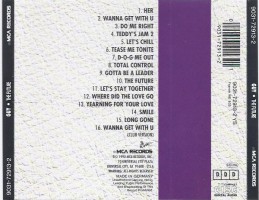 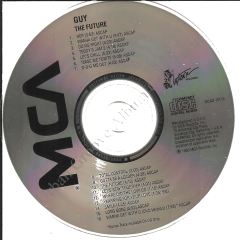 The Future is the second studio album from American R&B group Guy, released in November 13, 1990 on Uptown Records and MCA Records. The album had a much darker tone in stark contrast to their debut. Most of it had to do with things going on behind the scenes. A year after the release of their debut album, they fired their manager Gene Griffin- who they claimed allocated funds from the group. This revelation angered all of the members, and particularly infuriated lead singer Aaron Hall- so much so that he didn't sing on half of the album. Hall revealed:

"There came a time where I just did not want to sing a single note. To be honest, it was the money. It just became too depressing. We were the biggest group in the world and we were flat broke. It took its toll".

As a result, Riley assumed the duties of lead vocals for the remainder of The Future.

Also on a tour with their MCA labelmates New Edition, things got out of hand between the two acts. Although New Edition were headliners, Guy happened to upstage them a few dates into the tour. This created a rivalry backstage that turned deadly. One of New Edition's production managers Ronald Boyd shot and killed Anthony Bee- a member of Guy's security detail. Guy would dedicate the song "Long Gone" to the memory of Bee- as well as Wrecks-N-Effect member Brandon Mitchell, who was also killed in the same year. The Future contained songs where they attacked their former manager Gene Griffin and his then-proteges, Motown Records recording group Basic Black. By the time they released the fifth single "Let's Stay Together" in early 1992, Guy called it quits and embarked on separate endeavors, with Aaron and Damion releasing solo albums and Teddy starting the group Blackstreet.