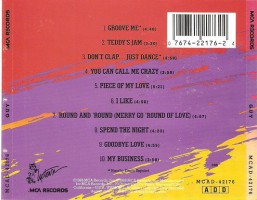 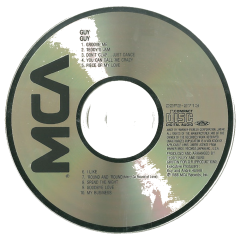 Guy is the 1988 eponymous debut studio album by American R&B band Guy. Released on June 14, 1988 by Uptown Records, It was produced by group founder Teddy Riley and manager Gene Griffin. The album peaked at number 27 on the Billboard 200 chart. In July 1994, it was certified double platinum by the Recording Industry Association of America, for shipments of two million copies in the United States. In 2007, to commemorate the 20th anniversary of the album, Geffen Records reissued the recording complete with a remastered version of the original album and a second CD of remixes.