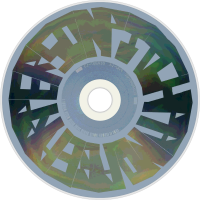 Person Pitch is the third solo album released by Animal Collective member Noah Lennox aka Panda Bear, released on March 20, 2007. The album was released to universal acclaim. Pitchfork Media named Person Pitch the top album of 2007 and the 9th best of the decade. Tiny Mix Tapes ranked Person Pitch the best album of 2007 and also ranked it 8th on their 'Favorite 100 Albums of 2000-2009' list. Additionally, the track "Bro's" was placed by Pitchfork Media at 48th in their "The Top 500 Tracks of the 2000s". Critic Simon Reynolds named the album as among the best of the decade. Person Pitch has also gained praise and recognition from other musicians. Artists such as Bradford Cox, The Tough Alliance, Diplo, St. Vincent, Black Dice, Christopher Bear of Grizzly Bear, Vampire Weekend, Yeasayer and Dan Snaith of Caribou all ranked Person Pitch as one of the best 2007 albums.