So Long, See You Tomorrow 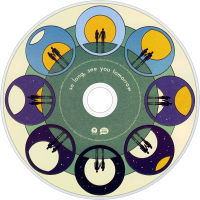 So Long, See You Tomorrow is the fourth album by the London alternative rock band, Bombay Bicycle Club released on 3 February 2014. Similar to the electronica approach of their 2011 album A Different Kind of Fix, the album makes use of sampling and takes influences from world music, marking a shift from their previous albums. It features Lucy Rose and Rae Morris on guest vocals. The album was produced by frontman Jack Steadman, the first to be produced completely by a band member with the help of Mark Rankin. Written during frontman Jack Steadman's travels through India, Japan and Turkey, the album uses a wider range of instrumentation and a lesser use of guitars, which featured heavily on their debut album. On the week of its release, So Long, See You Tomorrow reached number one in the UK Albums Chart - a first for the band. The album is named after the novel of the same name by William Maxwell.