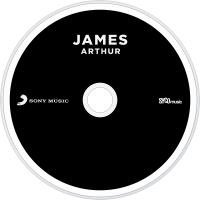 James Arthur is the eponymously titled debut studio album by British singer-songwriter James Arthur. It was released via Syco Music on 1 November 2013. The album includes the singles "Impossible", Arthur's X Factor winner's single, and "You're Nobody 'til Somebody Loves You", as well as collaborations with Emeli Sandé and Chasing Grace.