Love in the Future 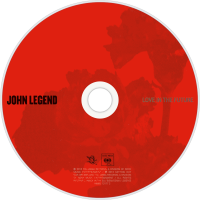 Love in the Future is the fourth studio album by American R&B and soul singer-songwriter John Legend. The album was released in the United States on September 3, 2013. The album, executive produced by Legend, Kanye West and Dave Tozer, features guest appearances from Rick Ross, Stacy Barthe and Seal.

In August 2013, during an interview with XXL John Legend spoke about how long it took him to finish the album, saying: "Well I did the Wake Up! album with The Roots in 2010, so it’s really only been three years in my mind, because I put as much energy and time into that as I would my own album. Then I did some shows with them and I toured with Sade, so I spent a decent amount of time on the road, and then I spent the past couple of years on the album. It took a little longer on this album than on previous albums, but I’m really just a year off my pace." He also spoke about working with Kanye West on the album, saying: "I worked with Kanye more on this album than I had before, and I think part of it is just us connecting and getting together to create, given how busy he is and how busy I am. Just finding time for us to work together kind of added a little bit of extra time to the process. But I think it was worth it." He also spoke about how he feels this is his best album yet, saying: "I feel like it’s my best album yet, and I think creatively, we did some great things. The collaboration and the talent that we have on the album is better than we’ve ever had. As far as producers, co-writers and people just helping shape the sound. I feel like Kanye’s leadership was great in helping to do that. I really feel good about it."