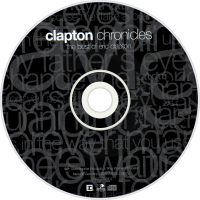 Clapton Chronicles ignores Eric Clapton's 1983 Reprise debut, Money and Cigarettes (which sounded more like an RSO album, anyway), starting with the pair of Phil Collins-produced mid-'80s albums, Behind the Sun and August. Though these had a pop sheen, they were album rock holdovers. Clapton didn't get the balance between hard rock and commercial gloss right until 1989's Journeyman, whose featured songs -- "Before You Accuse Me," "Bad Love," and "Pretending" -- form the heart of this compilation. Journeyman was overshadowed by the phenomenal success of "Tears in Heaven" and 1992's Unplugged. Not only did Unplugged go platinum ten times, it established a new public image -- classy, stylish, and substantial. That's the image that prevails on Clapton Chronicles. His triple-platinum blues album From the Cradle is written out of the picture, with songs from movie soundtracks taking its place. Apart from the Babyface-produced "Change the World," these tunes are a little too self-conscious and subdued, as are selections from 1998's Pilgrim. However, this deliberate move to paint Clapton's '80s and '90s recordings as adult contemporary fare is accurate. Clapton's musical journey from 1985 to 1999 was taken mostly in the middle of the road, and Clapton Chronicles certainly captures that journey, missing no major hits from the late '80s and '90s. Whether it's a necessary addition to a Clapton collection is a matter of taste. It's certainly an excellent compliment to Unplugged and Time Pieces, his two most popular and pop-oriented albums, but that might not be what every fan wants.