Come and Get It

05) Nothing Good About This Goodbye
06) Some Girls 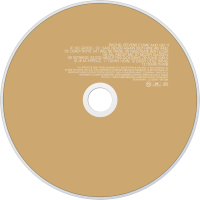 Come and Get It is the second album by British pop dance singer Rachel Stevens. It was released by Polydor Records and 19 Entertainment in 2005 in the UK. It featured four top 20 hits, but the album itself reached no higher than #28. The album received almost universally good reviews; two years after the album's release, The Guardian placed it in their article "1000 Albums You Must Hear Before You Die" list.