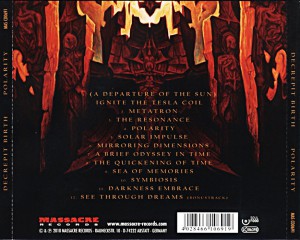 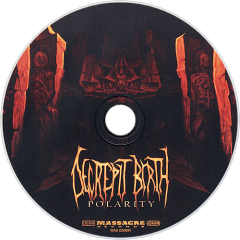 Polarity is the third studio album by the American death metal band Decrepit Birth, released in Europe through Massacre Records.
A music video for the song "The Resonance" was filmed, and is the band's first music video. It was directed by Ann Christin "Anki" Rihm. The artwork for Polarity was made by Dan Seagrave, who also has made the artwork for the band's first two studio albums.