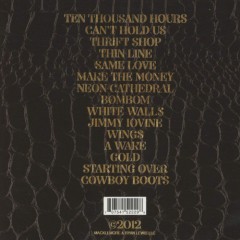 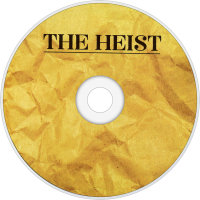 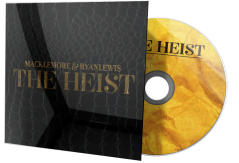 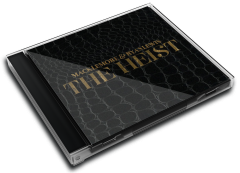 The Heist is the debut studio album by American rapper Macklemore and producer Ryan Lewis. Independently produced, recorded and released by the duo, The Heist reached number 1 on iTunes within hours of being released on October 9, 2012 with no mainstream promotion or support. The album was recorded in Seattle between 2009 and 2012 and was released on Macklemore LLC. A series of singles were released before the album release from 2010 onwards, with the fifth and final single "Thrift Shop" being the most commercially successful - peaking on the Billboard Hot 100 at number 1 and charted within the top 40 overseas, peaking at number 1 in New Zealand and Australia and the United Kingdom. The album's third single "Can't Hold Us" was also largely commercially successful - peaking at number 1 in the United States, Australia, and Sweden.
The album sold 78,000 copies in its first week, and debuted at number 2 on the US Billboard 200 chart. However it debuted at number 1 on the Billboard Top R&B/Hip-Hop Albums and Top Rap Albums, while entering the Canadian Albums Chart at number 4. As of April 2013, the album has sold over 500,000 copies in the United States and has received largely positive reviews from critics.