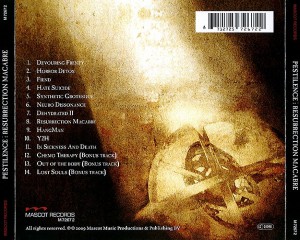 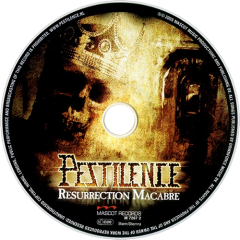 Resurrection Macabre is the fifth studio album by Dutch technical death metal band Pestilence, which was released on March 16 2009 through Mascot Records. It is the band's first album of original material in 16 years, since 1993's Spheres. Re-recordings of "Chemo Therapy" from Malleus Maleficarum, "Out of the Body" from Consuming Impulse, and "Lost Souls" from Testimony of the Ancients appear as bonus tracks on the album.