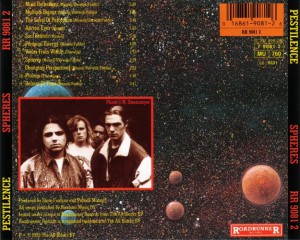 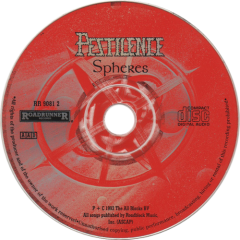 Spheres is the fourth album by the Dutch death metal band Pestilence, released in 1993 on the Roadrunner label. It was their final album before a 14-year hiatus from 1994 to 2008. On this album, the band experimented with a more progressive sound, utilizing guitar synthesizers as well as some jazz influences.