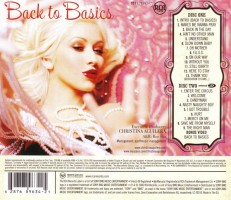 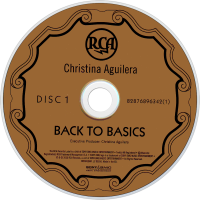 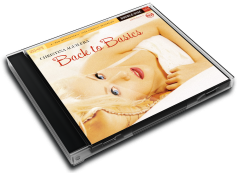 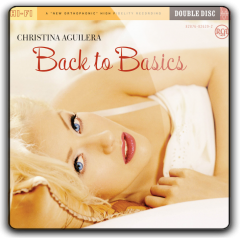 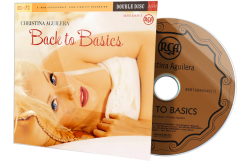 Back to Basics is the fifth studio album by American recording artist Christina Aguilera, released in August 2006 by RCA Records as a double album. Serving as executive producer, she enlisted collaborators including DJ Premier, Rich Harrison, Rob Lewis, Mark Ronson, and Linda Perry. Recording sessions began in January 2005 and ended in April 2006, taking place at Chalice Recording Studios and Record Plant.
Inspired by her 1920s-1940s idols including Billie Holiday, Otis Redding, Etta James and Ella Fitzgerald, Aguilera sought to bring old-school jazz, blues and soul inspirations with a modernized style into Back to Basics. Primarily a pop and R&B record, the first half disc blends old-school and modern R&B with hip hop and urban elements with most songs employing horn samples, while the second half contains all live-recorded tracks (with the exception of "Candyman"). Lyrically, the album is inspired by real-life events Aguilera had experienced, including her marriage with Jordan Bratman in 2005.

Album Review
Christina Aguilera's back, flexing her formidable vocal cords on double album, "Back to Basics". First-off, she goes "back to the old groove", talking about all the soul greats that she listened to as a child (Otis Redding, Billie Holiday, Ella Fitzgerald), and singing over some 'vintage' samples, with varying results. There are still modern-day self referential lyrics, such as "Still Dirrty", where she goes on the attack to defend her slutty image, and "Thank You (dedication to fans)", which quickly turns into a dedication to Xtina, with vox-pops of fans gushing "You're so amazing", "You inspired me to carry on living..." Ick!
On the second cd she merges full-throttle vocals into songs styled from the 1920s, including 12 bar blues and close vocal harmonies. Sometimes this works well, like "Trouble", where she successfully turns the volume and intensity down from 11 to somewhere like 5, and "Candyman". Then she breaks into the ballad box, name-checking Jesus and singing to her husband ("The Right Man") towards the album's close.
There's no doubt that Christina's got a stunning voice, but stylistically she could be more varied, simply by cutting out some of the "y-e-e-eeeh, woah yeh's" on the second album. Whilst some songs like "Oh Mother" might mean a lot to some, those with the tiresome self defence lyrics should go - when she gets on with the singing, there's nothing to prove.