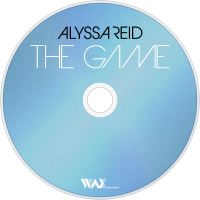 The Game is the debut studio album by Canadian recording artist Alyssa Reid. The album was recorded in 2010 and 2011 and released on June 21, 2011 by Wax Records. Reid worked with composers and producers such as Billy Steinberg and Jamie Appleby. The album was released in the US as a digital download on May 7, 2013.

Though mainly a pop album, it is highly influenced by electronic music in such tracks as "XO" and "The Dark Side".