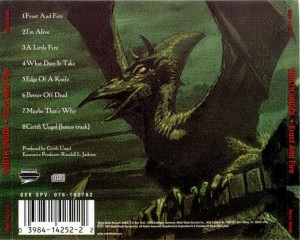 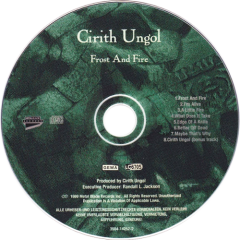 Frost and Fire is the debut album by the American heavy metal band Cirith Ungol. Its music is generally faster and more simplistic than that of King of the Dead, which saw the band adopt a doom metal style influenced heavily by progressive rock. The album was produced by Cirith Ungol and originally released by Cirith Ungol on Liquid Flames Records in 1980. The album was re-released in 1981 by Enigma Records, re-released again along with King of the Dead on one CD by One Way Records in 1995, and finally re-released again in September 1999 on Metal Blade Records.
The cover is painted by Michael Whelan and called 'Stormbringer'. According to Greg Lindstrom, it is one of the best album covers.