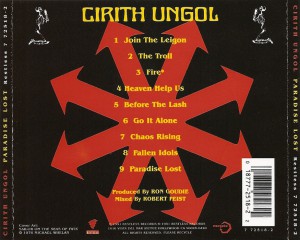 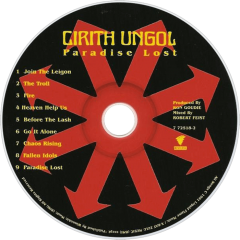 Paradise Lost is the final Cirith Ungol LP. It was released in 1991 on Restless Records and re-released as a bootleg several times. The band broke up in 1992 over unresolved issues with their new record label. It was finally officially re-released in 2007/8 on Noble Rot.