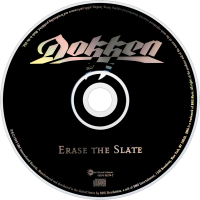 Erase the Slate is the seventh studio album by heavy metal band Dokken, released in 1999. It is the only Dokken studio album to feature former Winger guitarist Reb Beach. The album has perhaps the most polarizing reception out of any Dokken release from fans and critics alike.