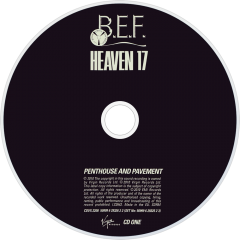 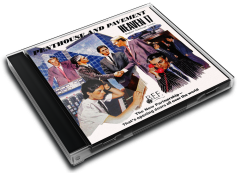 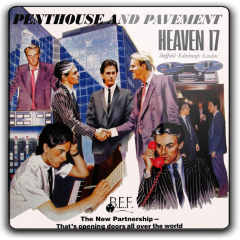 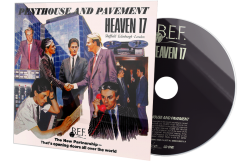 When synthesists Ian Craig Marsh and Martyn Ware left the Human League in 1980, the decision seemed iffy; after all, the League appeared on the way up and would achieve global fame the very next year with Dare!. The first album from Heaven 17, Marsh and Ware's new trio with singer Glenn Gregory, wasn't greeted with quite the same commercial kudos when released in 1981, but it turned out to be an important outing nevertheless. Picking up where Kraftwerk had left off with The Man Machine, the group created glistening electro-pop that didn't skimp on danceable grooves or memorable melodies. What set Heaven 17 apart was the well-deep vocals of Gregory, who managed the difficult trick of sounding dramatic without seeming pretentious, and an overtly left-wing political outlook best expressed on the debut single "(We Don't Need This) Fascist Groove Thang." Other standout combinations of witty lyrics and whiplash electro-grooves include "The Height of the Fighting" and "Play to Win," while the funky title track draws on American R&B for its popping bassline. Despite the catchy material, chart success proved somewhat elusive; the group didn't score a major hit until their next album, 1983's The Luxury Gap. Nevertheless, Penthouse and Pavement stands as one of the most accomplished debuts of the '80s.