The Anatomy of Melancholy 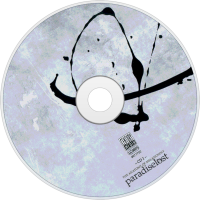 The Anatomy of Melancholy is a live album by the British death / doom / gothic metal band Paradise Lost. It was recorded on April 12, 2007 at the Koko (London). The album was released on double DVD and double CD. There is also a deluxe 4-disc edition containing both aforementioned releases. The artwork was provided by Greek artist Seth Siro Anton.