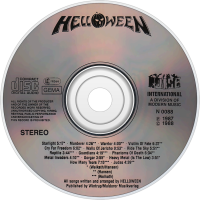 Walls of Jericho is the debut full length studio album by German power metal band Helloween, released in 1985 on LP by Noise Records.

In 1988 Walls of Jericho was released on CD. Due to the enhanced capacity of the CD the Helloween EP/mini-LP and the song Judas from the Judas EP were added to the Walls of Jericho track listing; they are now released as a compilation. In the late 1980s, due to a manufacturing error, on side one of several cassette copies of Walls of Jericho accidentally contained the music of Celtic Frost's To Mega Therion, confusing many first-time Helloween listeners.