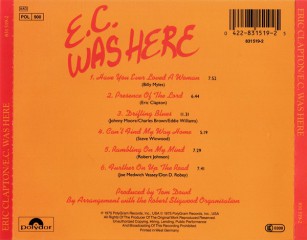 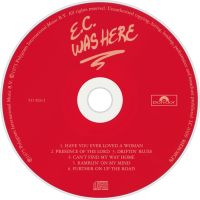 E. C. Was Here is a live album released in 1975 by Eric Clapton. Recorded in 1974 and 1975 at the Long Beach Arena, at the Hammersmith Odeon and at the Providence Civic Center during his first tour since touring with Derek and the Dominos in 1970.