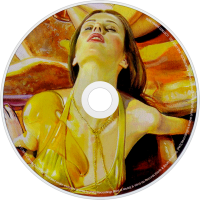 Hot Cakes is the third studio album by British rock band The Darkness, released on 20 August 2012 on Canary Dwarf Records. Produced by Nick Brine and band members Justin and Dan Hawkins, the album is the band's first since their 2011 reunion, and the first to feature bassist Frankie Poullain since the release of Permission to Land in 2003. Despite not being released until 20 August, the album was made available to stream on the Rolling Stone website on 14 August. In 2011, The Darkness reunited following a five-year break-up, with founding bassist Frankie Poullain returning to the band, replacing his successor, Richie Edwards. Regarding the band's reunion, drummer Ed Graham stated, "I heard a rumour that Dan and Justin [Hawkins] were actually writing songs together again and, having not spoken to them for ages, I emailed them. Basically I presumed that they were going to reform but I didn't really know that I was going to be in it. Then Dan, one day, was in London and he said, 'Ed, I'd like to meet with you' and we just had a drink and he said, 'we've been writing songs together for months and we've just finally got to a stage of where we really want the original four people, so are you interested?' Which was obviously great."

User Album Review
Having reformed last year following a five-year hiatus, Hot Cakes marks The Darkness’ return to album-releasing ways with more of the knowingly ludicrous, overblown pop-metal that saw their debut, Permission to Land, soar to number one in 2003. But if the novelty had already worn off by the time of their second album in 2005, this comeback effort tests the patience beyond breaking point.
Swathed in a kind of sincere irony, The Darkness are both a celebration and affectionate parody of a genre that's always had an underlying sense of humour about itself. And as such, once their initial impact dissipates, they live or die on the strength of their material.
But whereas Permission to Land pivoted on fun, hooky FM anthems such as I Believe in a Thing Called Love, here they rely too heavily on ready-made riffs, generic melodies and lyrical clichés. Despite a small handful of superficially catchy Boston-clones such as Nothing's Gonna Stop Us, they fail to transcend their influences and add any significant character of their own.
Unless, that is, you count singer Justin Hawkins' shrieking falsetto. It's certainly a distinctive instrument, and amusing in small doses, but prolonged exposure to it proves grating and monotonous. On the likes of With a Woman, his voice is simply a horrendous noise, actively painful, like the cast of Rock of Ages being tortured by a dentist.
That they're overbearing is essentially the point of The Darkness, but that's something of a self-inflicted wound. Shackled by their own schlock, they don't make a virtue of their dogged limitations in the way that, say, AC/DC do. Instead they just hammer away at their glutinous template, writing songs that somehow manage to be instantly memorable and immediately forgettable.
The best rock parodies are musically appealing, as well as accurate. But the likes of Spinal Tap and The Rutles' Neil Innes are better songwriters than The Darkness. They may know their sources inside out, but they can't harness them with any inspiration or wit. The best they can do is resort to supposedly hilarious bawdiness; Carry On Speedwagon.
They shouldn't have bothered, frankly.