Songs From the West Coast 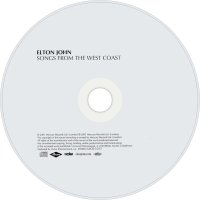 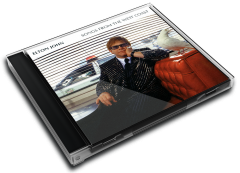 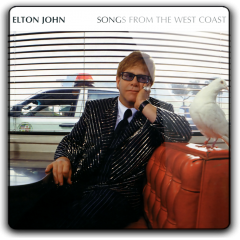 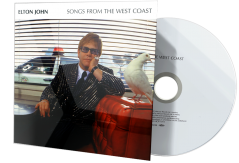 Songs from the West Coast is the 27th studio album by British singer/songwriter Elton John, released worldwide on 1 October 2001. Many critics have said that this album brought him back to his piano-based musical roots. He once again collaborated with long-time lyricist Bernie Taupin. Drummer Nigel Olsson returns to the band full time. Tata Vega makes an early appearance as a backup vocalist and joined the EJ band later. This album marks the first time John and Taupin wrote together in person. From the album, "I Want Love" was a single and a Grammy nominated song, and "This Train Don't Stop There Anymore" and "Original Sin" also became hits. None of the songs from this album hit the Billboard Hot 100, which froze John's record of 31 years with at least one song in the Billboard Hot 100 (30 with at least one in the top 40). George Strait tied that record on the Country charts in 2011. Stevie Wonder, who previously worked with John for the songs "I Guess That's Why They Call It the Blues" and "That's What Friends Are For", played harmonica and clavinet on "Dark Diamond".

Patrick Leonard produced the album and played keyboards on several songs, as was the case for The Road to El Dorado soundtrack. Guy Babylon, Bob Birch and John Mahon, three of John's band members at the time, do not appear on this album.

It was the first non-soundtrack studio album from John to be released after PolyGram and Universal Music Group merged, consolidating distribution rights to his entire catalogue.

Rufus Wainwright sings backing vocals on the track "American Triangle", which is about Matthew Shepard, a gay college student who was brutally murdered in 1998.

The restaurant shown on the album's cover is Rae's Restaurant, which is frequently used as a location for many Los Angeles-based film shoots, including 1993's True Romance and 2005's Lords of Dogtown. John's partner David Furnish and his Director of Operations Bob Halley appear on the album cover: Furnish as a cowboy at the bar and Halley as the man getting handcuffed.

John has said that the inspiration for many of the songs on this album came from when he listened to Heartbreaker by Ryan Adams.

In an interview with Jon Wiederhorn in 2001, John revealed that the album was recorded using analogue tape as he believes "the voice and instruments sound warmer".

In 2002, the album was repackaged as a special edition containing a bonus disc with remixes, b-sides and non-album singles from the time of its release.