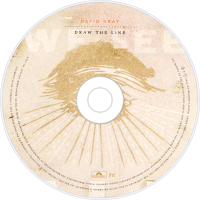 Draw the Line is the eighth studio album by the English singer-songwriter David Gray, released on 14 September 2009 in Europe and 22 September in the United States. The first single "Fugitive" was released on 7 September 2009. The second single was the Annie Lennox duet "Full Steam," released on 28 December 2009.