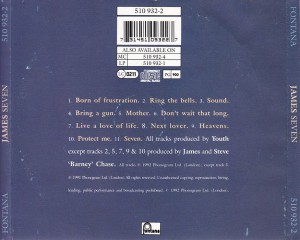 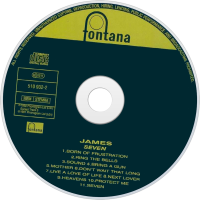 Seven is the fourth studio album by English rock band James. It was released on 17 February 1992, through Fontana Records. The band worked on new material in early 1991 with Gil Norton, only for him to leave the project to work with the Pixies. After an unsuccessful attempt to get Flood, and fearing the exhaustion from co-producing their third studio album Gold Mother (1990), the band sought a new producer. Seven was recorded with Youth producing half of the songs, while the remainder was produced between James and Steve Chase, at The Manor and Olympic Studios. Described as an stadium rock album, Seven drew comparison to the likes of Simple Minds and U2.