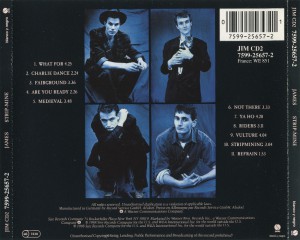 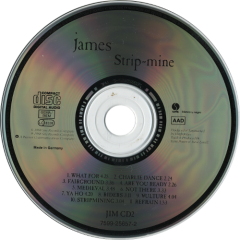 Strip-mine is the second studio album by English rock band James, released in 1988. The album was produced by Hugh Jones, except "Riders" and "Refrain" which were produced by Steve Power and Steve Lovell. After the recording sessions in 1987, the release of the album was delayed a number of times by the record label, but it was eventually remixed early the following year at London's Battery Studios before finally getting a release in September 1988. The track "Ya Ho" first appears on the 1987 Sire Records promotional sampler Just Say Yes.