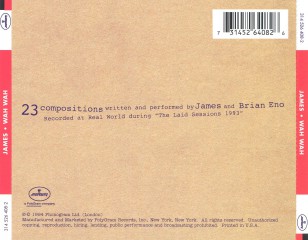 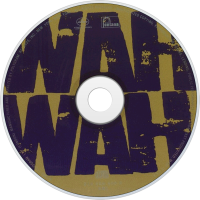 Wah Wah is the sixth studio album by the Manchester-based English indie rock band James. After the success of their fourth album, Seven (1992), the band entered Real World Studios, Box, Wiltshire, to record their fifth album Laid in early 1993 with producer Brian Eno, with whom the group had longed to work. Prior to recording Laid, Eno observed the band's jam sessions at their Manchester rehearsal room, and considered these improvised pieces to be as important to the band's music as their eventually crafted songs. He requested to the group that whilst they were recording Laid, they would also concurrently record an album of their improvisations which Eno and, by Eno's request, second producer Markus Dravs would produce in a secondary studio in the Real World complex. Each composition started off with the band's improvisation being recorded, which Dravs would then edit, generally alone whilst James and Eno were recording Laid. Eno and Dravs would take a "promising" part of a recording and then mixed them only once. Tim Booth's desire to re-record some of his vocals caused friction in the studio.