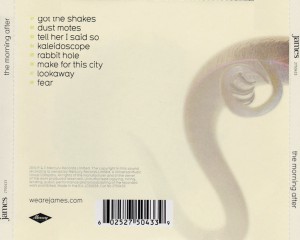 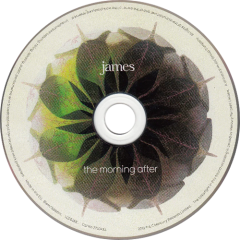 The Morning After is the 12th studio album by British rock band James, serving as the second of two mini-albums. As their first mini-album The Night Before was being released in April 2010, the band began working on its follow-up. Spending less than a week in the studio, the band self-produced the sessions, with Lee Muddy Baker handling vocal production. The Morning After featured slower and softer songs, in contrast to the happy, upbeat ones heard on The Night Before. Preceded by festival appearances in the UK, Greece and Portugal, The Morning After was released on 6 September. The album reached number 19 in the UK, and received a mainly favourable response from music critics, with some of them stating it was the better release out of the two mini-albums. The band promoted it with tours in North America, Portugal and the UK.