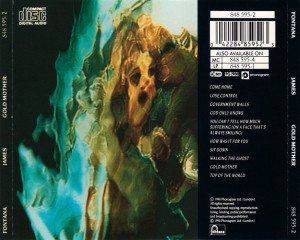 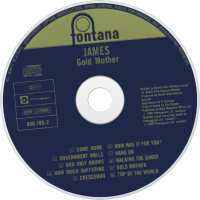 Gold Mother is the third studio album by English rock band James. It was released on 4 June 1990, though Fontana Records. With the addition of drummer David Baynton-Power, violinist/guitarist Saul Davies, and keyboardist Mark Hunter, James released the single "Sit Down" in June 1989, before going to record their next album. Sessions were held at Out of the Blue in Manchester, The Windings in Wrexham, Wales, with three band members and Nick Garside producing. originally released in June 1990 but with several important reissues prompted by the popularity of non-album singles. Described as an arena rock and indie rock album, Gold Mother was compared to the likes of U2 and the Waterboys.