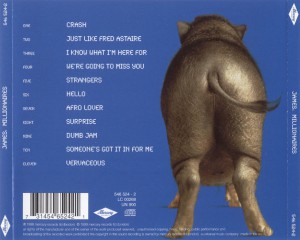 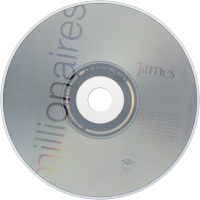 Millionaires is the eighth studio album by British alternative rock band James. During the Whiplash release cycle, guitarist Adrian Oxaal replaced founding member Larry Gott, and guitarist Michael Kulas join the band. Touring to promote the release was cut-short when Booth injured his neck. With the release of The Best Of in early 1998, the band began recording their next album in May. The sessions continued into February 1999 at a variety of studios: Ridge Farm, Hook End, Townhouse and Metropolis. While Brian Eno produced most of the record, the producer credit was also given to guitarist/violinist Saul Davies, keyboardist Mark Hunter, Steve Osborne, drummer David Baynton-Power and Faithless. Millionaires is an indie rock and pop release that drew comparison to Lou Reed and New Radicals.