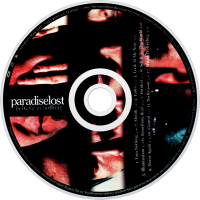 Believe In Nothing is the eighth studio album by the British band Paradise Lost.
Main songwriter Gregor Mackintosh has stated that this album "doesn't really exist for him", as it was an album in which the band was out of creative control; the album went under strict instructions from the label. Mackintosh has also said that he feels some songs, such as "World Pretending'", deserved a better sound and production.