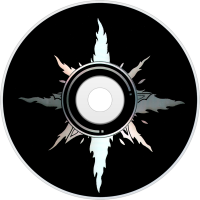 Lost Paradise is the debut album of the heavy metal band Paradise Lost. Released in January 1990 by Peaceville Records, it features their early death/doom style. The album was re-issued in 2003 and included three bonus tracks.
The album was recorded at The Academy in Winter 1989. It was engineered by Pat Grogan and produced by Hammy. Female Vocals on "Breeding Fear" were performed by Kay Field. Kay Field appears courtesy of Major Records. The song "Internal Torment II" also appears on the Peaceville Records compilation Vile Vibes, an album that also features a song by Kay Field, called "It Feels Right".
All Songs composed by Holmes/Mackintosh and Published by Vile Music (Zomba music publishers Ltd). The cover illustration was done by Duncan Fegredo of Exploding Head Designs in 1989. Photography was done by Porl A. Medlock.