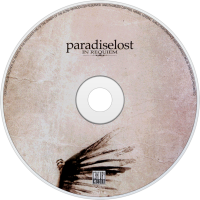 In Requiem is Paradise Lost's eleventh studio album, again with Rhys Fulber on production duties. Greek artist Seth Siro Anton, from metal band Septic Flesh, was responsible for the artwork.
The song "Sedative God" was originally intended for the previous Paradise Lost album, but was never recorded at that time.[citation needed] Drummer, Jeff Singer who played on the aforementioned album was not an official member of the band back then until the first single of this album The Enemy although he left Paradise Lost one year after this album's release. The aforementioned single also contains a track titled "Godless" but it was not released as a bonus to this album.
The album features some harsher vocals by Nick Holmes, similar to the style he had on Icon.
The title for song "Praise Lamented Shade" comes after An Essay on Criticism by Alexander Pope.