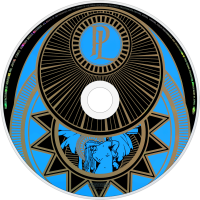 Tragic Idol is the 13th studio album by Paradise Lost. The album was released on 23 April 2012 in Europe and 24 April 2012 in North America via Century Media Records. In support of the album, Paradise Lost will go on a UK concert tour with Insomnium. Formats the album was released through are: Standard CD; Limited Edition 2-CD Box; 12" Vinyl; and a fan box, which includes a poster, slipmat, and army cap.[citation needed]
Commented guitarist Gregor Mackintosh: "The [new CD was] again produced by Jens Bogren and is influenced by classic doom metal and classic metal. I would say it is more melodic than the last record whilst retaining the heaviness. There are lots of guitar solos and melodies."
Also this is the first Paradise Lost studio album featuring Adrian Erlandsson on drums, who joined the band in 2009.