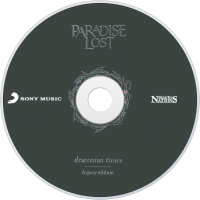 Draconian Times is the fifth album released by British metal act Paradise Lost.
Two tracks from the album, "The Last Time" and "Forever Failure," were released as singles. "Forever Failure" includes a sample of the voice of Charles Manson several times during the song.