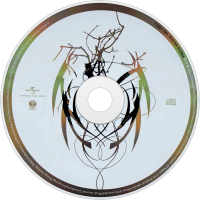 My Winter Storm is the second solo album by Finnish singer Tarja Turunen, and the first to consist mainly of new and original songs specifically written by or for Turunen. The album was released by Universal Music on 19 November 2007 in Finland, on 2 January 2008 in South America and in February 26 in North America, and in the United Kingdom was also released a special version limited in 300 copies.
The album was recorded with the collaboration of various famous artists, including the cellist Martin Tillman, the guitarist Kiko Loureiro and the composer James Dooley, with Turunen also playing additional keyboards. The album contains several music styles including alternative rock and classical music, and it was recorded in different studios in Finland, Brazil, Republic of Ireland, USA, Spain, Switzerland, Germany and the Czech Republic.
"My Winter Storm" has sold Platinum in Finland and 2x Platinum in Russia, and also reached Tarja's first gold disc in her entire career in the Czech Republic; the album spent a total of two and a half months on the Official Finnish Albums Chart, reaching the highest position right during the first week, also spending four months on German Top 100, two months on Swiss Top 100 and also a full month on the Austrian Top 40, ending 2007 at 11th position on Billboard's Top 100 European albums with more than 500.000 copies sold.
To promote the album, Tarja played the Storm World Tour, that took place from Berlin on November 25, 2007, to London on October 19, 2009.