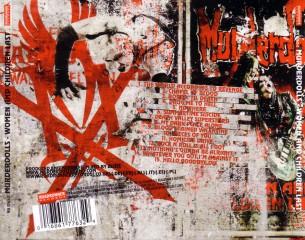 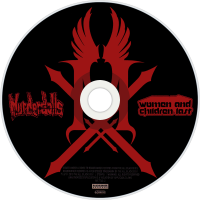 Women and Children Last is the second and final studio album by American horror punk supergroup Murderdolls released through Roadrunner Records on August 31, 2010, and produced by Chris "Zeuss" Harris. With the exception of Murderdolls touring guitarist Roman Surman, who contributed lead guitars, and Mötley Crüe's Mick Mars, who guests on "Drug Me to Hell" and "Blood-Stained Valentine", the album was recorded by Wednesday 13 and Joey Jordison.