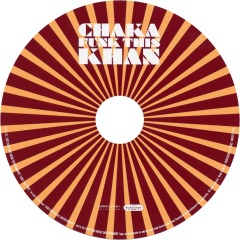 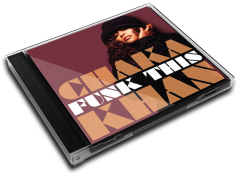 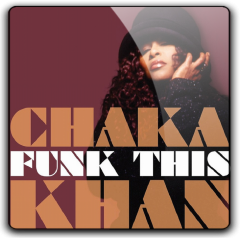 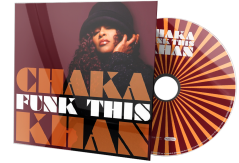 Three years on from Chaka Khan's recording of Classikhan with the London Symphony Orchestra, Funk This is likewise heavy on fresh looks at some of Khan's favorite songs, but its sources involve the likes of Jimi and Joni instead of Leiber & Stoller. Recorded with a core of Jimmy Jam, Terry Lewis, and Bobby Ross Avila, with guest contributions from Mary J. Blige, Michael McDonald, and Rufus guitarist Tony Maiden, Funk This sounds like much of it was recorded live, giving it a loose, not-fussed-over sound, though there are some questionable moves -- like the favoring of a smoothed-out synth over a crunching guitar riff during Rufus' "You Got the Love," or the use of a talk box on McDonald's "You Belong to Me." The covers do work more often than not, highlighted by Prince's "Sign 'O' the Times" and Joni Mitchell's "Ladies Man" (an unlikely but very smart choice). There's a handful of new songs, including the nostalgic "Back in the Day," where Chaka looks back to when she was known as Yvette Stevens, and the fast and furious "Disrespectful" -- where Jam and Lewis try to capture some of Rich Harrison's breakbeat-heavy "Crazy in Love"/"1 Thing" magic -- but the one that sticks out most is "Hail to the Wrong," which could be mistaken for a new version of an excellent album cut from 1980's Naughty or 1981's What Cha' Gonna Do for Me. Chaka sounds mostly excellent from track to track, especially during the more relaxed moments.