Into the Half Moon 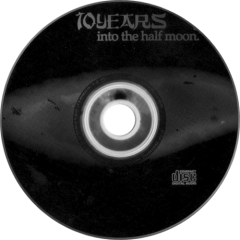 Into the Half Moon is the debut album by the American alternative metal band 10 Years. The album was independently released in 2001. Former members Mike Underdown and Andy Parks provided vocals and bass, respectively, on this album.

User Album Review
Into the Half Moon (stylized as into the half moon.) is the debut album by the American band 10 Years, independently released on August 13, 2001. The album was highly promoted on the band's original website (www.10years1.com), with "What the Fuck" being available for download a few months before the official release. The song "When Will You Breathe?" debuted on a local radio station along with "Fallaway