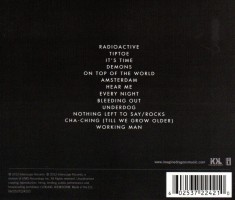 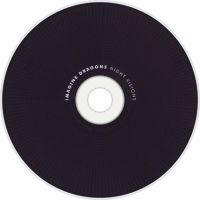 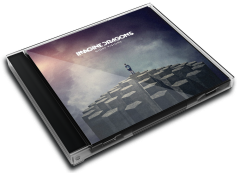 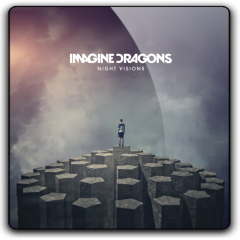 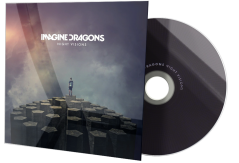 Night Visions is the debut studio album by American rock band Imagine Dragons. It was released on September 4, 2012 through Interscope Records. Recorded between 2010 and 2012, the album was primarily produced by the band themselves, as well as English hip-hop producer Alex Da Kid and Brandon Darner from the American indie rock group The Envy Corps. It was mastered by Joe LaPorta. According to frontman Dan Reynolds, the album took three years to finish, with six of the album's tracks being previously released on multiple EPs. Musically, Night Visions is primarily an alternative rock and indie rock album, however, it also uses influences of dubstep, folk, hip-hop and pop.

Night Visions received mostly positive reviews from music critics, with some praising its first half as "arena rock-esque". The album debuted at number two on the Billboard 200 in the United States, selling more than 83,000 copies within its first week. It also peaked at the summit of the Billboard Alternative Albums and Rock Albums charts, as well as in the top ten albums in Austria, Canada, Germany, and Norway. The band promoted the album by touring the United States in fall 2012, as well as touring Europe in November. Currently, they are performing a headlining tour in support of the album.

User Album Review
Night Visions is an album that I think Imagine Dragons had a lot of musical control over, they went a direction they wanted but still tried to appeal to the pop audience and succeeded better than I would've expected. Do I recommend this album? I think I do, it's an album that most people, not just Alternative fans, could enjoy. Night Visions isn't purely Alternative, it can be unapologetically Pop oriented on a couple occasions, which isn't something I tend to appreciate and this album is no exception. The thing that sets this album apart is the fact that there's not really a similar song on the album, they combine familiar techniques and sounds from bands like Coldplay, The Killers, and Neon Trees into something rather individual and unique. I give Night Visions an 8.5 because it can fall short from time and some songs just feel as if the band is trying too hard to blend into the pop industry of this day and age, when it's so obvious that the band shines their brightest within the Alternative genre. The material speaks for itself. Where the band falls short though, excellent tracks like "Tiptoe", "Demons", and "Bleeding Out" all make up for these shortcomings, if only for a little while.