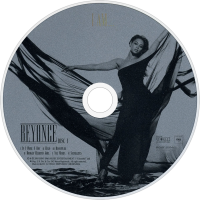 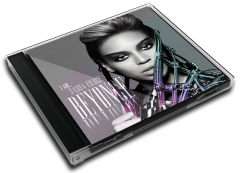 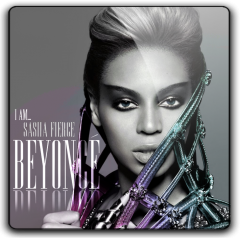 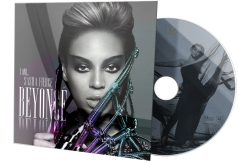 I Am... Sasha Fierce is the third studio album by American R&B recording artist Beyoncé Knowles. Beginning on November 14, 2008, Columbia Records began distributing the album in several countries, followed by a deluxe version released simultaneously with the original. The album was formatted as a dual disc, in an attempt to market the singer's contrasting facets of artistry. The first disc, I Am..., introduces the record with slow and midtempo and R&B ballads, while the second, Sasha Fierce, (named after Knowles' on-stage alter ego) focuses on more uptempo beats that blend Europop and electropop genres. In composing the songs' lyrics, Knowles worked with many writers, with each session accompanied by live orchestration.
Knowles credited both her husband and rapper Jay-Z, and jazz singer Etta James for inspiring her to push the limits of her songwriting and artistry. Musically, I Am... drew inspiration from folk music and alternative rock, while blending acoustic guitar elements into contemporary ballads. The tracks on the first disc were written and produced by Knowles, during collaborative efforts with Kenneth Edmonds, Christopher Stewart, Terius Nash, and Ryan Tedder. Sasha Fierce boasted production from Rodney Jerkins, Sean Garrett, and Solange. Critically, the album was met with generally lukewarm reviews from professionals. Many commented on the album's failure to properly differentiate the double-discs contrasts and goals.
I Am... Sasha Fierce debuted at number one on the Billboard 200 chart, with first-week sales of 482,000 units, earning Knowles her third consecutive US number-one solo album. Commercially, the album earned at least fifteen platinum certifications in separate worldwide markets. As of March 2011, I Am... Sasha Fierce had sold over seven million copies worldwide, with its digital tracks accounting for an additional 15 million units. The album garnered eight Grammy Award nominations at the 52nd annual ceremony, eventually collecting five wins. To promote the album, Knowles made several award show and televised appearances across Europe and America, and embarking on the worldwide I Am... Tour.
The album spawned several singles; some served as international and stateside releases, while others were purely for promotional purposes. The two lead singles from I Am... Sasha Fierce, "If I Were a Boy" and "Single Ladies (Put a Ring on It)", both charted highly internationally. The former topped the charts in over eight countries and reached number three on the Billboard Hot 100, with the latter becoming her fifth number one single on the Hot 100 chart. "Diva" and "Ego" were released as US-only singles, while "Halo" and "Sweet Dreams" were promoted internationally as the third and fourth singles respectively. "Broken-Hearted Girl" was released internationally as the fifth single, while "Video Phone" in November 2009.