No Fuel Left for the Pilgrims 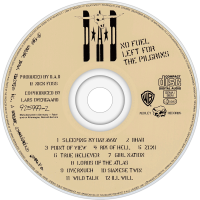 No Fuel Left For The Pilgrims is an album by Danish rock band D-A-D. The album was released on March 3, 1989.

This album was the band's most popular release, largely due to the inclusion of the minor hits Rim of Hell and Sleeping My Day Away. Several tracks from this album were recorded live for the Osaka After Dark EP, released the following year.