Keeper of the Seven Keys, Part I 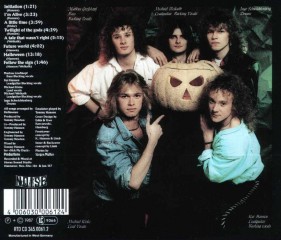 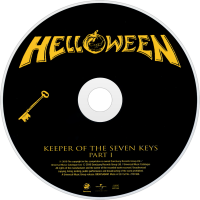 Keeper of the Seven Keys Part I is the second studio album from German power metal/heavy metal band Helloween, released in 1987. It marks the first appearance of vocalist Michael Kiske, and is considered the album that launched Helloween to fame. Part I was also one of the keystones of the Power Metal movement and was an album dominated by guitarist Kai Hansen due to an injury to co-guitarist Michael Weikath which prevented him from performing on much of the album. "Future World" was released as a single and a music video was made for "Halloween" but with 8 minutes omitted from the song. The band originally planned to release Keeper of the Seven Keys Part I and Part II as a double album, but their record label refused, insisting that the albums be released separately. Much later in 2010, both albums were released together with bonus tracks.