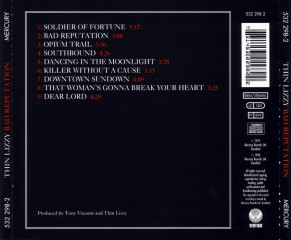 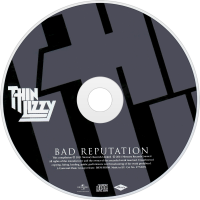 Bad Reputation is the eighth studio album by the Irish band Thin Lizzy, released in 1977. As the front cover suggests, most of the tracks feature only three-quarters of the band, with guitarist Brian Robertson only credited on three tracks. He had missed most of their previous tour, following an injury sustained in a brawl, and this album turned out to be his last studio effort with Thin Lizzy.