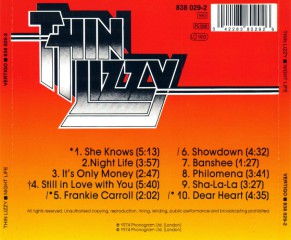 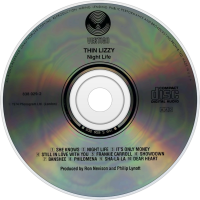 Nightlife is the fourth studio album by Irish band Thin Lizzy, released in 1974, and produced by Ron Nevison and Phil Lynott. The album cover shows a panther-like creature in a city scene, and the panther was intended to represent Lynott.
Some reissue CDs, and occasionally other sources, spell the album title as Night Life, the same as the song title. However the original album title is Nightlife.
The song "Philomena" was written for Lynott's mother. "It's Only Money" was re-recorded 35 years later by guitarist Brian Robertson on his 2011 solo album Diamonds and Dirt.
A deluxe edition of Nightlife was released on 12 March 2012.