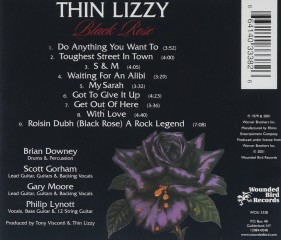 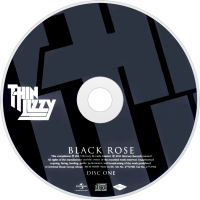 Black Rose: A Rock Legend is the ninth studio album by Irish rock band Thin Lizzy. Released in 1979, it has been described as one of the band's "greatest, most successful albums".
The album debuted and peaked at #2 in the UK album charts and is the band's most successful studio album. It was the first time that blues rock guitarist Gary Moore remained in Thin Lizzy long enough to record an album after previous stints in 1974 and 1977 with the band.