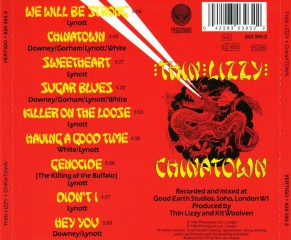 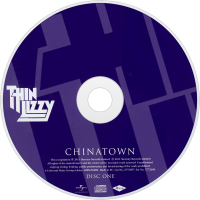 Chinatown is the tenth studio album by Irish band Thin Lizzy, released in 1980 (see 1980 in music). It introduced guitarist Snowy White who would also perform on the next album as well as tour with Thin Lizzy between 1980 and 1982; he replaced Gary Moore as permanent guitarist. White had previously worked with Cliff Richard, Peter Green and Pink Floyd. Chinatown also featured seventeen-year old Darren Wharton on keyboards, and he joined Thin Lizzy as a permanent member later that year.